Reviewer: kindle reading mama - - August 16, 2011
Subject: Kindle-typing errors
The kindle format has endless typos, some so bad it is impossible to determine what it is supposed to say. I think I would like this book but it is hard to get into a book when I am constantly struggling to figure out what the words are supposed to be because of typing errors. Unfortunate!
Reviewer: MelodiousB - - February 28, 2008
Subject: from redeemingqualities.wordpress.com
Elsie is eight when the first book opens. She lives with her grandfather, his second wife, and their children, a couple of whom are younger than she is. Her father, Horace Dinsmore, secretly married her mother when they were teenagers, and when his father found out, he sent Horace to Europe. Elsie’s mother died a week after Elsie was born, and Horace has not yet returned from Europe, so Elsie has never known either of her parents. Basically, nobody loves her. She’s really lonely, but she’s also intensely religious, so she works out all her feelings by trying to be like Jesus.

Eventually her father comes back, but Elsie is all awkward and shy with him, so he thinks she’s scared of him. Also, he secretly dislikes her. But he wants to be a good father to her, so he takes over every aspect of her life, particularly breakfast: she’s not allowed to drink coffee, eat meat or hot bread, and she won’t be allowed to taste butter until she’s, like, twelve. According to one of the pieces in The Girl’s Own, a collection of essays edited by Claudia Nelson and Lynn Vallone, some mid-nineteenth century doctors thought hot bread and coffee led to premature sexual development in young girls. Personally, I think avoiding her father’s friend Mr. Travilla would be as much help to Elsie on that front as giving up coffee. He’s creepy.

Anyway, Mr. Dinsmore grows to love Elsie, and of course she adores him, so they get along pretty well, so long as she’s completely obedient, which she always is, provided he doesn’t tell her to do anything fun on a Sunday. The one time he does, Elsie falls off a piano stool and hits her head, almost being killed.

This causes Mr. Dinsmore to realize how much he loves her, and everything goes smoothly for a while, as the Dinsmores entertain a large house party for the holidays. The rest of the conflict between Elsie and her father has to wait for the next book, "Holidays at Roselands". 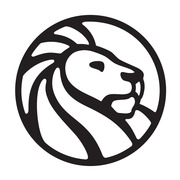 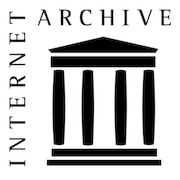